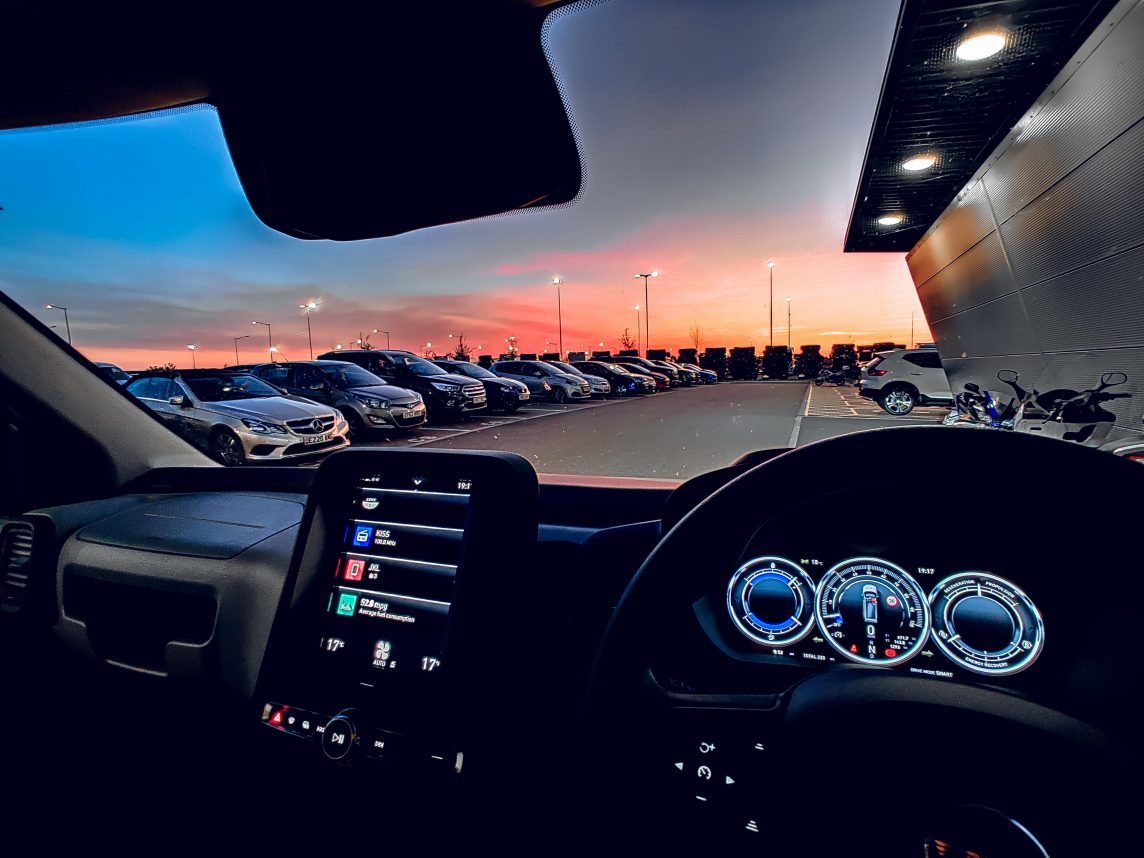 Is the LEVC VN5 the electric van for us?

We recently had the pleasure of testing out the new VN5 electric van from LEVC (the makers of those swanky electric black cabs). Here’s what we thought after a few days of driving, delivering and charging our potential new delivery vehicle.

Early mornings aren’t often exciting but when a new van to trial is being delivered, it’s cause for ignoring the snooze button and making our way in to meet the driver. Our first impressions were the size of the VN5, it strikes somewhere between our existing Caddy Maxis and perhaps the Mercedes Vito? It really does have a presence which I’ll come onto in a bit more detail shortly.

The keyless start was a great change and immediately feels useful when it comes to multi drop delivery days where time is often of the essence and fumbling around for keys whilst trying to move from double yellows is less than ideal. Once you’ve unlocked the van, the interior is pretty unique in the van market – you sit high, atop of the battery bank and have a seating position akin to that of a cabbie. It takes a little bit of getting used to but after a while, around town, you realise how well it works and the comfort that comes with it certainly surprises.

It was definitely clear that this van is a gamechanger and has a great amount of appeal, from those who know and those who don’t. With what’s normally a 30 second run in to our suppliers turning into a 20 minute conversation with a neighbouring business who had seen the VN5 advertised and wanted to find out more. He likewise agreed the size is impressive but we did also find some middle ground on the question of cost.

With a few installations and deliveries, the VN5 was really put to the test – using Smart drive mode, the van recharged using kinetic energy and utilised battery power before switching over to its petrol range extender (more on this later before you bash it!) – the smooth drive and silence are strangely pleasing after a while, feeling almost stress free as you glance left and right at those diesel van drivers sick of changing into first only to inch forward and sit idling.

In Summer of 2020, we utilised the lockdowns to trial a Renault Kangoo ZE which we purchased and sold just under a week later. Why? The dreaded range. EV range is probably best compared to that of politicians – there’s a huge load of promise and you believe it but quickly realise you’re in for a long ride of disappointment. Real world range becomes the phrase you have to hunt for in reviews to actually grasp some concept of how far you can really go. The VN5 though… you guessed it, is different.

Using a petrol range extender, which does mean Congestion Charge and road tax is payable, is a great feature for a business like ours and likely so many others. Delivering around London all day then get a job 100 miles away? Not a problem. Driving to site visits or trade events and back? Not a problem. Whilst our test drive was conveniently a week before the ‘fuel crisis’ meaning we couldn’t pull a smug face as we pulled up at the pumps only to run in and buy a Mars bar, the petrol running cost on the VN5 was still considerably less than our current diesel bill.

With a total of 230 miles covered on day 2, the range certainly help up and delivered, with a lot of gawks and comments from fellow van drivers and EV geeks. So it’s definitely easy to see the marketing power of owning a VN5 given the road presence and intrigue.

With an overnight charge at home taking 7 hours, it was time to see how the UK’s charging infrastructure truly held up. With stories of broken chargers, queues, pulling up to find a Range Rover dumped in the charging bay and every other horror story, it had a lot to live up to. The first charger we tried was at South Mimms services on the M25, with a huge array of Tesla spaces but only 4 EV chargers. The faff at first of signing up to the charger specific app, topping up the account and waiting for the charger to accept was frustrating and felt like a waste of all the time saved by not queueing for fuel. But, a services KFC provided the less than desirable opportunity to discuss with our fleet mechanic the pros and cons of this vehicle.

I’ll come back to the size, because even at a services, it felt like it needed two spaces and a wide load warning to ensure no one parked too close as they ran in for a desperate wee. But, it bloody stands out doesn’t it – the VN5 can be seen from across a car park and the beautiful LED halo headlights just add to the pizzazz. (Would have preferred a hawaiian over the lacklustre Colonel’s offering but hey ho). By time my paper straw had gone soggy, it was time to head back to the van and see how much juice we’d gained. And the fun begins… an hour’s charge had added 10 or so miles, you see there are three types of chargers and so many speeds that you’d be forgiven for wondering why switch to electric.

But, with some Instagram advice, we gained some clarity and upon some further research, the VN5 can be charged in 30 mins, with our likely charge speed being 1 hour to full at our London unit.

So, what did we think? Am I writing this with a VN5 key on the desk? Well, no, not yet anyway. You see, purchasing an electric van is much bigger than just the van – you have the site surveys and lead time of having a 22kw charger installed, which takes up our last 3-phase point, then the logistics of day to day. Do our drivers take the VN5 home to charge or return to base and take their own vehicles home? Do we market it as fully electric knowing some are aware of the petrol element? Or do we find the ever ridiculous Congestion Charge cost prohibiting as opposed to a Euro 6 van? At the time of writing, the VN5 is a £50k+ vehicle which does become justifiable when you get to grips with what’s on offer and the versatility but with the daily improvements in EV technology, how well will that hold up in even say 12 months? Tesco were the first to take on Modec trucks in the early 2000s who pioneered quite a smart EV commercial vehicle design, only to go bust and perform badly practically.

Whilst we have no doubt the proud UK manufacturer of the VN5 is here to stay, how do we continue to capture that appeal and intrigue to further our brand awareness?

All of our work produced in house is subject to our own strict quality control procedures. In emergency situations where we work with partners to fulfill production, we only use those certified to at least ISO 9001:2008 and ISO 14001:2004. We constantly benchmark quality in our own production and that of our partners to ensure a high quality product, time after time.